The houses are the first thing that comes in mind about Safranbolu. About 2000 traditional Turkish houses dating from the 18th, 19th and beginning of 20th century can be found at the city center.

Houses are positioned at two different zones: the bazaar zone formerly known as the 'Town' and used as winter residence and the 'Bağlar' zone used as summertime residence. Houses in both zones have been preserved until now. They are usually built on nonarable valleys' hillsides, regarding the environment and neighbors' privacy.

Locals used to pass the winter in their house in the Town then move to their summertime residence at Bağlar but commercial activity never stopped at the bazaar. Downtown, the cobblestone pavements are in harmony with the houses. The stone pavements on the roads, slightly inclined, are designed to resist against floodwaters and to assure minimum humidity.

Safranbolu houses are mostly of traditional type. Designed according human needs, they usually consist of 6 to 8 rooms on 3 floors. Each of the rooms is wide enough to host a nuclear family and is designed as an independent unit.

Each room disposes of large cupboards called 'yüklük', shelves, a stove and sofas. There are also bathing cubicles in the wooden cupboards in case someone would like to take a bath. Another detail about Safranbolu houses is their embroidered wooden ceilings.

Safranbolu houses' oriels keep the façades from monotony. Although the number of windows depends on the room's size, their narrow and elongated figure is completed with wooden cages named 'muşabak'.

Some of the houses dispose of a pool in their patio, both to refresh and to protect from an eventual fire. These beautiful houses are made of stone on the first (ground) floors, adobe and wood on the upper floors; pantiles are used on the roofs. The patio is called 'hayat' (meaning life / living) or 'taşlık' (meaning stony) when it's made of stone. 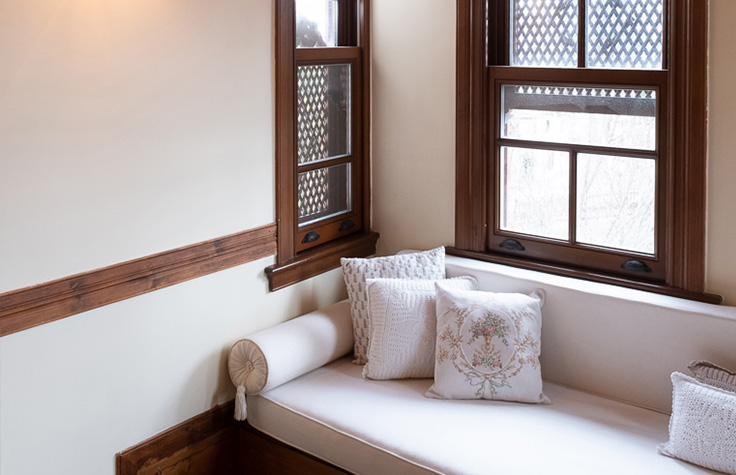 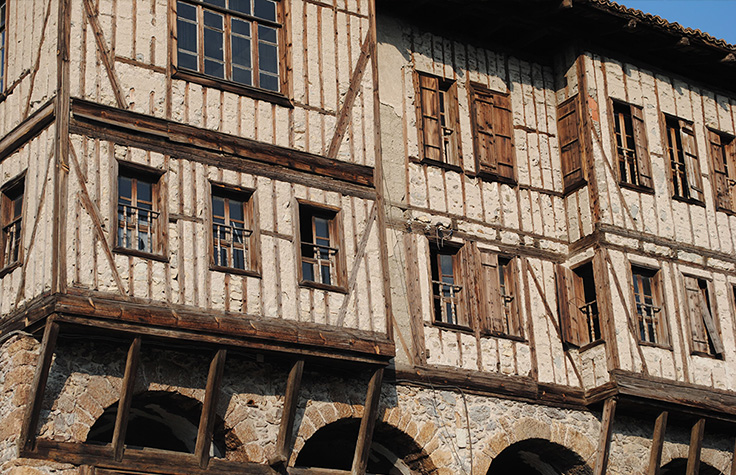